How Turtle Fence Can Protect The Threatened Desert Tortoise 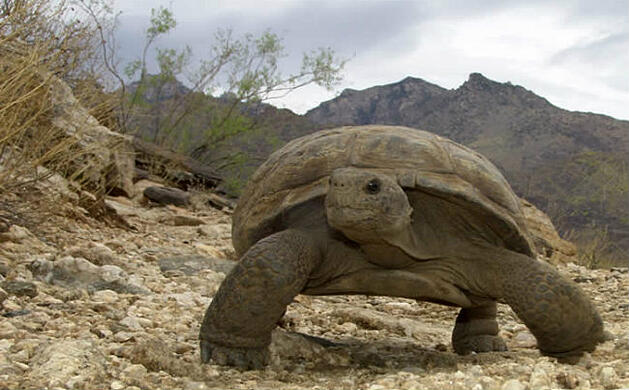 The Desert Tortoise: Loss of Habitat

You may not realize it, but the Desert Tortoise is struggling to survive after millions of years of life on earth. The desert tortoise in the Mojave Desert (north and west of the Colorado River) was federally listed under emergency provisions of the Endangered Species Act of 1973 as endangered on August 4, and permanently listed as a threatened species on April 2, 1990. The tortoise was listed because of direct losses and threats to tortoise populations and habitat.

The Desert Tortoise: maintaining a viable population
One of the major reasons for loss is death by vehicles on roads and highways. Other causes of loss include habitat lost to urbanization, Upper Respiratory Disease Syndrome, agriculture, road construction, off-highway vehicle use and others. All of these activities fragment the tortoise habitat which may reduce a tortoise population below the level necessary to maintain a minimum viable population.
The U.S. Endangered Species Act makes it illegal to harass, collect, or harm tortoises and provides for penalties of up to $50,000 in fines and one year in prison for each count.

The desert tortoise is the largest reptile and the only wild land tortoise found in southern Nevada. It also exists in western California, southwestern Utah, western Arizona, and northwestern Mexico. A tortoise will live in the same general area of less than one square mile during its lifespan of 50-100 years. It ranges in size from 2 to 15 inches and is soil colored.  Because of the color and shape, they can be very difficult to see.

To help protect tortoises from getting on roads and highways, Tortoise Exclusion Fence, also referred to as Turtle Fence, is being installed throughout their habitat. Many construction projects are now even required to have an on-site biologist conduct a thorough survey of the job site and flag all burrows prior to construction. Construction crews are also required to complete a desert tortoise education program.

Tortoise exclusion fence is required and specified in many bids where highways and roads or solar fields will be constructed in tortoise habitats. It is installed to keep the tortoises out of harm's way on highways and in solar fields.

Tortoise Exclusion Fence is designed specifically for preventing tortoises from gaining access to highways and roads and any other designated areas. It is made of galvanized welded wire which has a mesh opening of 1” horizontal by 2” vertical and is 36” wide. The fence is constructed of 16 gauge or heavier wire and can be GAW (Galvanized After Weld), GBW (Galvanized Before Weld) or VC (Vinyl Coated) depending upon the specifications required.

The fence material a minimum of 12 inches below the natural level of the ground to prevent tortoises from burrowing underneath. This leaves 22-24 inches above the ground. In situations where burying the fence is not practical because of the rocky substrate, the fence material should be bent at a 90-degree angle to produce a lower section approximately 14 inches wide which will be placed parallel to, and in direct contact with, the ground surface. It is installed using 5 to 6-foot steel T-posts, hog rings, and smooth or barbed livestock wire. Distances between the T-posts should not exceed 10 feet unless the desert tortoise fence is being attached to an existing right-of-way fence that has larger interspaces between posts. See the US Department of Interior specifications and drawings for tortoise fence.

Installing the proper tortoise exclusion fence will protect the desert tortoises from possible extinction while protecting you from fines and possible imprisonment.

Let’s all work together to save the tortoises!

END_OF_DOCUMENT_TOKEN_TO_BE_REPLACED

Turtle Fence is being used to keep turtles out of construction areas.

The huge Ivanpah 440-megawatt solar power electric generating facility in south-eastern California is being surrounded by more than 39 miles of turtle fence. Why? Because before construction can begin on the site, all desert tortoise must be removed. And after completion, turtles will not be able to re-enter the site. The desert tortoise is a threatened species and considered vulnerable. They live their rather languorous lives in burrows anywhere from 3 to 10 inches deep, also in rock shelters or pallets. This is to minimize exposure to extreme temperatures, minimizing loss of water and keeping their body temperature stable. Soil type is important to them for the purpose of den construction and nutrition, preferring alluvial fans, washes, and canyons. Appropriate burrow sites aid their population and their fidelity to their nesting grounds is strong.

What has been selected as the best mesh to use for the purpose of assisting in this rehabitation? Locally sourced, US-made galvanized after weld, 16 gauge, 1"x2" wire mesh that has been welded into 36" x 100' rolls. After the welding process, the mesh is drawn through a bath of molten zinc. The wires, including the welded areas, are covered with a thick corrosion resistant coating. The welded wire turtle fence will last for years. 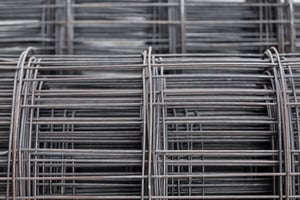 During installation, a portion of the fence is buried in the ground to discourage burrowing. The above-ground portion is tall enough to prevent the turtles from climbing over the fence. In this case, tortoises are being protected by being kept out of an area.

Here's some background on the situation:

Do you think this is a good solution?

END_OF_DOCUMENT_TOKEN_TO_BE_REPLACED

What Is A Turtle or Tortoise Fence? 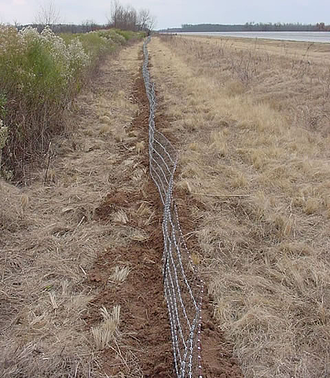 Have you ever seen a turtle fence? They are being used more frequently to cut down on roadkill in areas where highways cross the natural migration routes of turtles.

So what is it?

This is needed because...?

What are the specifications of a turtle fence?

A turtle fence can be a costly project and is often a cause of debate. Maintenance, especially in areas of heavy snow, can be quite costly if the fence is damaged by snow plows. Do you think the expense is justified?