All posts Next page 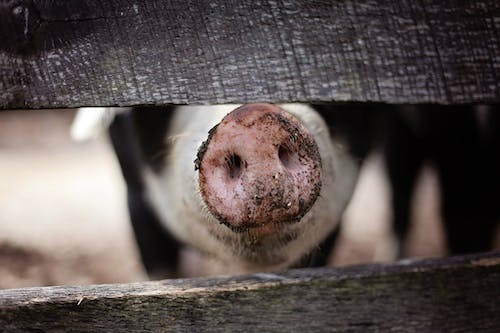 Denmark has recently completed a 43 mile-long fence in hopes to block the spread of African Swine Fever by wild boar traveling from Germany into Denmark. Though not reportedly in Germany, the disease (commonly known as ASF) is present in neighboring Poland and that is reason enough for Denmark to protect its lucrative pork exports by building a five-foot-high fence to keep feral pigs at bay.

ASF is a contagious and deadly virus affecting domestic & feral pigs. This is primarily for farmers to worry about, not the general human population. This is a virus that is a threat to pigs only, and comes with wide-ranging concerns, however:

America and Canada can breathe a sigh for now. It is not found in these two countries--yet. Countries where it is found: Sub-Saharan Africa, China, Mongolia, Vietnam, and some countries in Europe including Poland, Latvia, Lithuania, Estonia, Belgium, Romania, Bulgaria, and Hungary. The Czech Republic is free of the virus; however, it is found in nearby Slovakia. Other countries, such as Spain and France have had it in the past but have currently eradicated it. However, it has recently been detected in the Dominican Republic and Haiti, so it is gaining ground and coming ever closer. 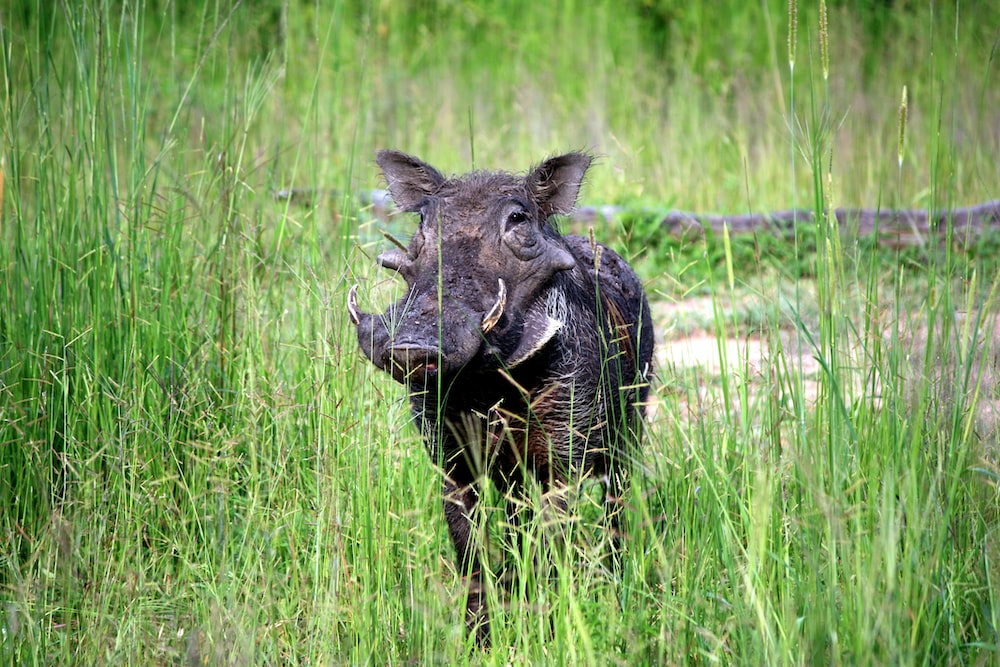 How much of a threat?

Among pigs, deadly. In virulent strains, pigs may get a high fever, then suffer appetite loss and appear lethargic. They may huddle together, shiver, cough, breathing abnormally. They can appear unsteady on their legs and after a few days fall into a coma and die. Scientists have predicted that it may affect a quarter of the world's population of pigs.

Presently, there is no vaccine available to combat the virus. There has been a concerted effort to fight the spread in a multi-tiered effort among veterinarians, researchers, university agricultural programs as well as from very motivated pork producers. A vaccine is actively being tested and though the disease is not present in the U.S., ASF is so virulent that a plan of defense is imperative.

In the U.S., the pork industry provides over 500,000 jobs and represents a 20 billion-dollar-a-year industry. For Canada, the pork industry sustains 100,000 jobs and a 4 billion dollar industry. There are stringent agreements with the U.S. and Canada to relay information, to zone and contain an outbreak should it occur. Restraining this virus is a priority; presently, feral hogs number 6.5 million across the U.S. and are also found in four Canadian provinces.

Denmark's fence has come under criticism by some skeptics of its effectiveness and some are worried about blocking migratory routes of animals and birds, such as golden jackals, cranes, deer, foxes, otters, and wolves. Roads and railroad crossings have been left open offering a means by which the boars can pass. 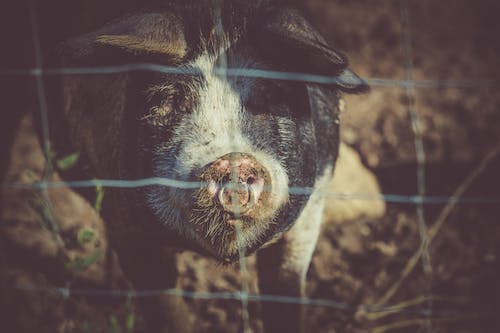 END_OF_DOCUMENT_TOKEN_TO_BE_REPLACED

When thinking about alligators in the U.S. one imagines first and foremost Florida, then perhaps Georgia and Louisiana. However, their presence goes much further than that--add Alabama, Mississippi, South and North Carolina, the eastern part of Texas, southeastern Oklahoma, and the bottom tip of Arkansas.

Here is a stunner. There is a plethora of safety guidelines available online for avoiding these threats to life and limb.

The estimated number of alligators in just Florida is 1.25 million. By the late 80s, the American alligator was considered endangered. It has quickly recovered its population since being protected. As humans encroach upon the habitat of alligators, the incidences of interacting with these significant reptiles have increased dramatically.

In any case, the alligator safety basics are:

END_OF_DOCUMENT_TOKEN_TO_BE_REPLACED

Cédric Le Borgne is an innovative artist from Toulouse, France and this display shows how he has taken ordinary chicken wire and made something extraordinary out of it. Here is a short video of one of his exhibitions by night:

To see some other innovators using chicken wire, check out this blog.

END_OF_DOCUMENT_TOKEN_TO_BE_REPLACED 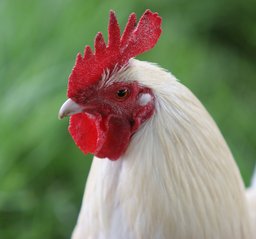 A Fisher Cat Pays a Visit
Our first set of chickens were thrashed by what looked like the work of a head-hunting fisher cat--an odd type here in suburban New England. Our chickens, tragically named after Jane Austen characters, came to disastrous ends--four of them were left headless and scattered indiscriminately, while the other four had vanished. One imagines the fisher cat family sitting snugly at .

Ordinary chicken wire has its uses; but here, it was not the best choice. Soon our newly acquired replacement chickens were visited by quite a respectable possum who bunked in the cozy chicken cubicles, less tempted by eggs but rather by the shelter and soft beds of straw. Imagine scanning past the cubicles, checking for eggs, and finding a possum snoozing next door to a seemingly oblivious chicken. Chicken wire boasts flexibility, yes, but is highly susceptible to rust, is hardly rodent or small animal-proof and strong animals can shred it. As is often said, chicken wire is more for keeping chickens in than for keeping predators out. However, It can work well in areas devoid of predators or on the top of a pen in warmer climates to keep airborne hunters at bay. 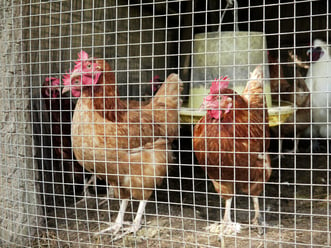 More pricey than chicken wire--though if you add in the resulting security of your flock--it's less expensive. ½ inch welded wire is , strong option. While being more difficult to cut than chicken wire, it keeps out a wide variety of predators and should be used on all openings, such as vents and windows, of the coop. Sized right to keep smaller predators from reaching in, ½ inch, 19 gauge wire mesh is certainly the stronger choice. It can be bent by hand and at the same time, it holds its shape well. Bury it 8-12 inches with a curve outward from the coop at the bottom. Vinyl-coated hardware cloth is a great way to avoid rust.

Keeps out larger animals, such as:

½" x ½" mesh, 19 gauge galvanized after weld (abbreviated generally by GAW) wire mesh and is commonly known as hardware cloth. Molten zinc is applied after the 19 gauge wire is welded into a ½" x ½" mesh. Here the workhorse zinc covers the entire wire cloth mesh, completely sealing it for protection against corrosion and rust--particularly crucial are the vulnerable welded areas which benefit greatly from this zinc bath. This guarantees that 19 gauge ½" x ½" mesh will be assured of life and being of lighter weight and strength it ends up costing less than the thicker 16 gauge ½" x ½" mesh. It's great for enclosing small animals or keeping out rodents, gophers, and other nuisance animals. This also can be used for economical flooring for game birds while 16 gauge is also recommended. Keep in mind that availability may be an issue and that this is a material that requires special ordering. Louis Page can help with all those particulars.

As you can see cutting this mesh takes some strength and some helpful tools...

or here's a video with a good option...

Ominously, predators don't just come from the ground and sides, but also from above. In thinking about a covering for your chicken run, consider thinking about aviary netting. Louis Page stocks a great netting that is extremely tough and can cope with snow load if you live in a cold climate.

END_OF_DOCUMENT_TOKEN_TO_BE_REPLACED

"Zoo 360" from the Philadelphia Zoo 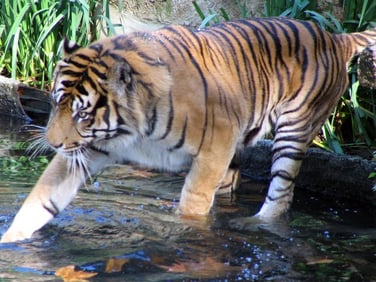 Strides are Being Made

Zoo 360 is a campus-wide network of exploration trails--for animals. Featuring elevated trails surrounded with see-through hexagonal wire mesh that allow animals to roam above, across, and around the park. Animals are able to explore, circle through and around visitors, who can see them through tunnels of galvanized mesh, creating more interest and exercise for the animals and revolutionizing the experience for visitors. This allows animals to be observed in action and doing more of what they would do in the wild.  Rather than existing in stationary exhibits--animals can wander, be more active and are less bored, which:

Here is a video that will give you a look at the latest developments at the Philadelphia Zoo.

And these smart folks at the zoo know that stainless steel mesh resists rust, corrosion, and stands up to harsh chemicals. They also use rust resistant vinyl coated mesh which resists destructive elements such as acid rain and guards against abrasion while the black coating works as an invisibility cloak, creating a non-distracted view--much better than green and not as prone to glare as the galvanized grey. And the happy answer here is less maintenance and replacement, because the galvanization is reinforced with highly bonded PVC which extends the life of the fence indefinitely.

Inside those walls of mesh--an animal's environment is improved through the provision of:

Progress is being made and the Philadelphia Zoo is evidence of that. We here at Louis Page applaud this innovation and congratulate the zoo's fine work on the behalf of the animals and the visitors!

END_OF_DOCUMENT_TOKEN_TO_BE_REPLACED

All posts Next page