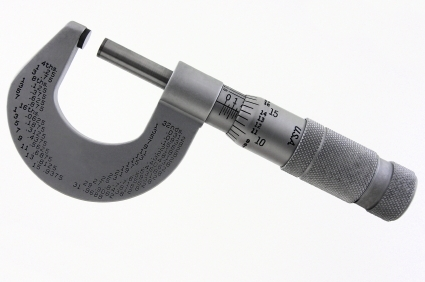 Merriam-Webster's Online Dictionary defines wire gauge as any of various systems consisting of a series of standard sizes used in describing the diameter of .

It all starts with heavy coils of large diameter wire called rod made in a rolling mill. The rod is then shipped to a wire manufacturing mill. To make the wire used in wire fence and mesh, single strands are "drawn" through a series of increasingly smaller dies or plates and reduced to a specific gauge/diameter. The gauge is determined by the wire's final use - single strand wire, welded wire mesh or woven wire fence. Heating of the wire is not required in the drawing process.

There have been several different gauge designations since this process was introduced. Numbers have been used to designate wire diameter since 1735. They originally referred to the number of draws used in the process. The first draw was called 1 gauge, the second 2 gauge, the third 3 gauge, on down to the final draw of the thinnest wire being made. This is why thick wires have a lower gauge number than thin wires. 9 gauge wire is thicker than 14 gauge because it requires fewer "draws" than 14 gauge.

The Birmingham Wire Gauge, also known as the Stubs Iron Wire Gauge, was originally developed in early 19th-century England as a means of standardizing gauge sizes. It has been used in a medical setting (needles) since the early 20th century. In 1855, Brown and Sharpe established a formula-based progression of 39 steps - from 1 gauge through 40 gauge. This is now known as the American Wire Gauge and is used extensively in the United States.

The following values show in inches the most common gauges of wires used in welded and woven wire mesh and fence:

There are many different combinations of wire gauge and mesh size manufactured. You can select the right product for the requirements of your project. 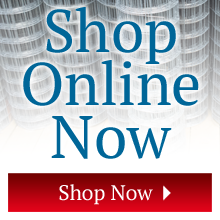