How To Keep Bears Away from Beehives with Electric Fence 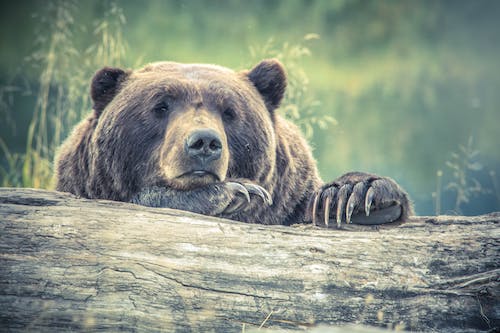 The destruction of beehives by marauding bears has become an increasingly troublesome problem with a significant economic impact, especially for commercial apiaries. Factors such as increased urbanization and the trend toward one crop agriculture reduce both bear habitat and bee "pasture". Even though bears are mostly limited to wilderness areas, their appearance in subdivisions has been increasing.

Bears normally visit apiaries at night. In the process of getting at the honey, hives and equipment are ripped apart and destroyed. Not only is the "crop" lost, but also the equipment necessary to collect it.

The results of many tests and studies have demonstrated that an electrified fence is the most effective barrier. Single strands of wire with 6" to 8" spacing to a height of 42" to 48" works well. This type of fence is relatively inexpensive and is capable of operating in remote areas.

Using Bait for that Rascally Pooh

It is important to install the fence before bears have established a pattern of visiting the apiary. Bait, such as bacon strips or pork rind, should be attached to the wires. Bears will approach the bait, touch it with a wet nose or tongue and learn the characteristics of the fence. They will want to avoid it in the future. If the fence is not baited, a bear is likely to crash through the fence, paying no more attention to the shock than it would a bee sting.

Other Sites that Bears Enjoy

Apiaries are not the only areas feeling the pressure from bears. Landfills, food storage sheds, trashcans, and fruit orchards are some of the other areas seeing an increase in bear activity.

Have you had any close encounters with bears? Do you have other ideas for bear-proof fences?