It was an incident that shocked the entire world, with both animal lovers and parents everywhere flabbergasted by the outcome of something that could have been easily prevented. The Cincinnati gorilla killing occurred on May 28, when a 3-year-old child managed to climb through and fall into a herbivorous ape’s enclosure at Cincinnati Zoo, overlooked by the eyes of his mother. Despite her negligence in failing to monitor her son’s behavior, the mother was not charged and instead, Harambe the gorilla was shot dead. To add an even bigger element of shock to the tragedy, footage released after his death exhibited the ape’s seeming protective behavior towards the young boy. 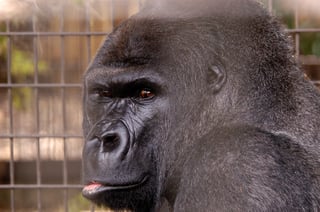 Following the death of 450-pound Harambe, who had celebrated his 17th birthday just the day before he was killed, investigations were demanded by animal rights groups, including Stop Animal Exploitation Now. Aside from the animal’s unfair end to life and the mother’s failure to know her son’s whereabouts, zoos everywhere are now wondering just how they can prevent future disasters such as this. So, what is the answer? To make sure structures are completely childproof.


Here are some ideas zoos may want to consider to ensure the health and safety of visitors at your wildlife park or zoological garden:

Being a zoo owner/supporter means that you are responsible for ensuring that both adults and young ones are safe in their surroundings. Making a decision about which childproof structure would be best for your zoo depends on what animals you house in your enclosures. For example, tall structures should be strategically placed to prevent children from being able to climb over the obstruction. Chain link mesh barriers would be best suited to keep smaller animals in their designated territory, as would net enclosures. Speaking to a professional who can provide you with bespoke solutions will guarantee that your structures are childproof for the long haul.

Here's a video which describes the incident above in detail: